One of the most common requests before the start of a Safari is to find a pack of Painted Wolves, otherwise known as a Wild Dog. For a South African, this is the ultimate sighting. For a first time visitor to a game reserve this is an unexpected lifetime memory.

We recently received some incredible news that our Wild Dog pack had given birth to 6 pups! Being Africa’s 2nd most endangered carnivore, this news was not only a massive positive for Mavela and Manyoni Game reserve, but also for the entire conservation efforts of these rare canines.

As many visitors to game reserves around Africa will tell you, these animals are some of the most entertaining to encounter while out on safari. Their playful behaviour means there is never a dull moment spent with these enigmatic creatures. Play is an important part of wild dog behaviour – it reinforces social bonds within the pack, structures the hierarchy among members and most importantly acts as a high intensity training session for when the hunt begins. What looks like just fun and games on the surface is integral to how the animal survives in the wild. 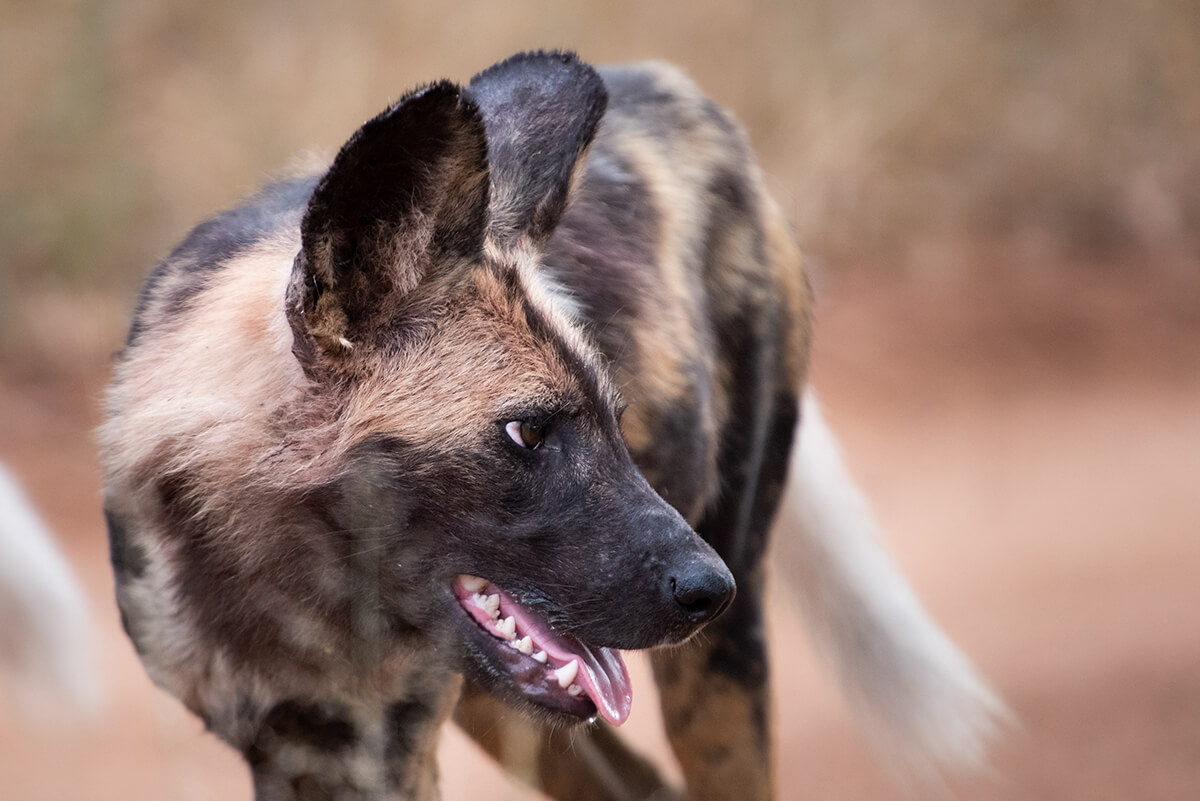 Play is all well and good, and highly entertaining, but the real spectacle comes to life when following these animals on a hunt. Anyone who has been lucky enough to witness such a moment will step off the safari vehicle with a mix of various emotions; ranging from adrenaline fuelled excitement to a possible sense of shock and horror (in the best way possible). The excitement comes into play when driving off road at high speed, dodging bushes and aardvark burrows to try and keep up with the intense pace that these animals chase their prey. It can be compared to the Dakar rally, with many more obstacles in your path.

If you are quick enough to keep up with the hunt and see the final take down, this is where a sense of horror might creep up on you. When a pack of Wild Dogs catches their prey, it can be compared to a swarm of Piranhas devouring an unlucky bird that drops into the water. The Dogs consume their prey ferociously, sometimes within minutes - without killing the animal first. I have witnessed a hunt where the Dogs chased an Impala off into the bush and across a small river bed. It took us about 10 minutes to get around the river bed and to the area where the kill took place. By the time we had arrived on the scene, there were only bones left of the Impala.

The Wild Dog is a supreme predator and one of the most successful carnivores found on the African savanna. Their success rates per hunt can be as high as 90% in some areas, although most packs will have a success rate of closer to 50-60%. The impressiveness of this is brought to life when compared to a lion or leopard; which have success rates of closer to 20%. 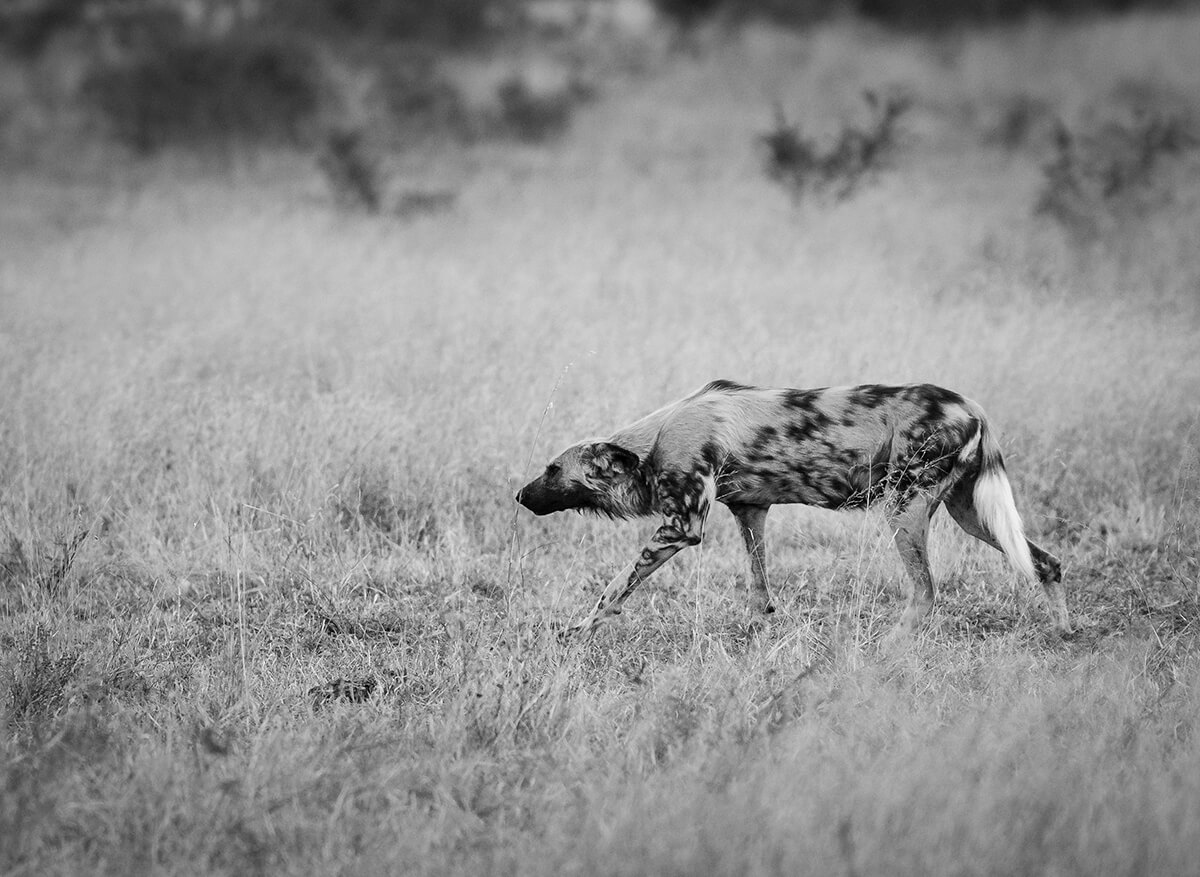 Their anatomy is perfectly designed for long distance pursuits. They have a lightweight build with long legs and large hearts to keep their blood pumping oxygen into their bodies. A special reserve of oxygenated blood is released on extra-long chases, giving them a burst of energy to gain the last few meters on their prey – it’s similar a scene in fast and the furious when nitrous is released into a street racer to cross the finish line first at the last moment. Apart from the entertainment value of these animals, their part in a well-functioning eco-system is crucial. Their role in controlling prey populations cannot be overstated – pound for pound they will consume more food than any of the big cats. Their highly energetic play and long distance hunts demand more fuel than any other African predator.

So when we heard that we had 6 new puppies at Mavela, we were overjoyed!! Our pack has had a tough time on the Manyoni reserve. They have been extremely unfortunate when raising young. In fact they have only ever raised one pup. This pup that survived is the mother that is now suckling her young in the heart of the rolling hills of Manyoni, hidden away in a deep valley where the risk of other predators getting to their den is reduced. This mother will keep her secret hidden for around 4 months before she feels comfortable enough to bring them out for their first taste of meat. We are eagerly awaiting that day, and will be searching the area as often as possible to get the first glimpse of the new inhabitants of our reserve. The importance of raising these pups to adulthood is vital. The more members in a pack, the more successful a pack will become – they will have better success in hunts as well as be more capable in defending future pups from the many enemies that seek out the young and vulnerable dogs. This is the reason that we introduced 4 more members to our pack a few months ago. After a devastating blow to our pack, where 2 were killed when they escaped the safety of the reserve, we had to do something. A pack cannot function efficiently with fewer than 5 members – it’s like playing on a rugby team with half of your starting line-up. We put the remaining female members into a boma (enclosure) and introduced 4 more male members. The bonding process took a long time, much longer than we expected. The 2 different packs did not feed together or play together. It took months for the bond to form and for these 6 Dogs to start performing as a single unit. Once we saw that the bond was solidified, they were released into the reserve to take on the challenges associated with living among lions.

Since their release, the pack has been seen roaming all areas of the reserve – a sign of confidence and solid leadership from the Alpha pair. The final hurdle to surpass will be the successful rearing of their young. Although they still have many challenges to face, the pack could grow to 12 members. This would make them a top contender within the predator hierarchy on Manyoni. Watch as our cameras capture the first sighting of the newborn pups: Wild Dog