Every Southern White Rhino (Ceratotherium simum) alive today originated from a population as small as 40 individuals. Dubbed Operation Rhino, the dramatic rescue of the species from outright extinction is an outstanding story of success and achievement pioneered by the famed conservationist Dr. Ian Player. In Southern Africa the arrival of European hunters in the early 19th century marked disaster for the regions indigenous wildlife. Rhinoceros populations plummeted with the introduction of firearms and by the early 1940s, with rangers having found no sign of either species throughout the park, both the Black and White rhino were declared regionally extinct in the greater Kruger National Park due to unethical and uncontrolled hunting practices as well as habitat destruction. This time period could well have marked the end for both species, thankfully for all of us, isolated pockets of wilderness still provided sanctuary for small but functional populations. The most important of these areas were the protected areas of Kwa-Zulu Natal, and the Hlulhluwe-Imfolozi National Park which had certainly become the last bastion for the Southern White Rhino in particular. In what must be recognised as one of the greatest conservation achievements of all time, from 40 existing Southern White Rhino in Hluhluwe-Umfolozi Park in the 1940s, Dr Ian Players Operation Rhino achieved a 1000% growth rate in the population by the 1960s. From this base of 400 Southern White Rhino the protected areas in the region were repopulated, saving the Southern White Rhino from extinction. 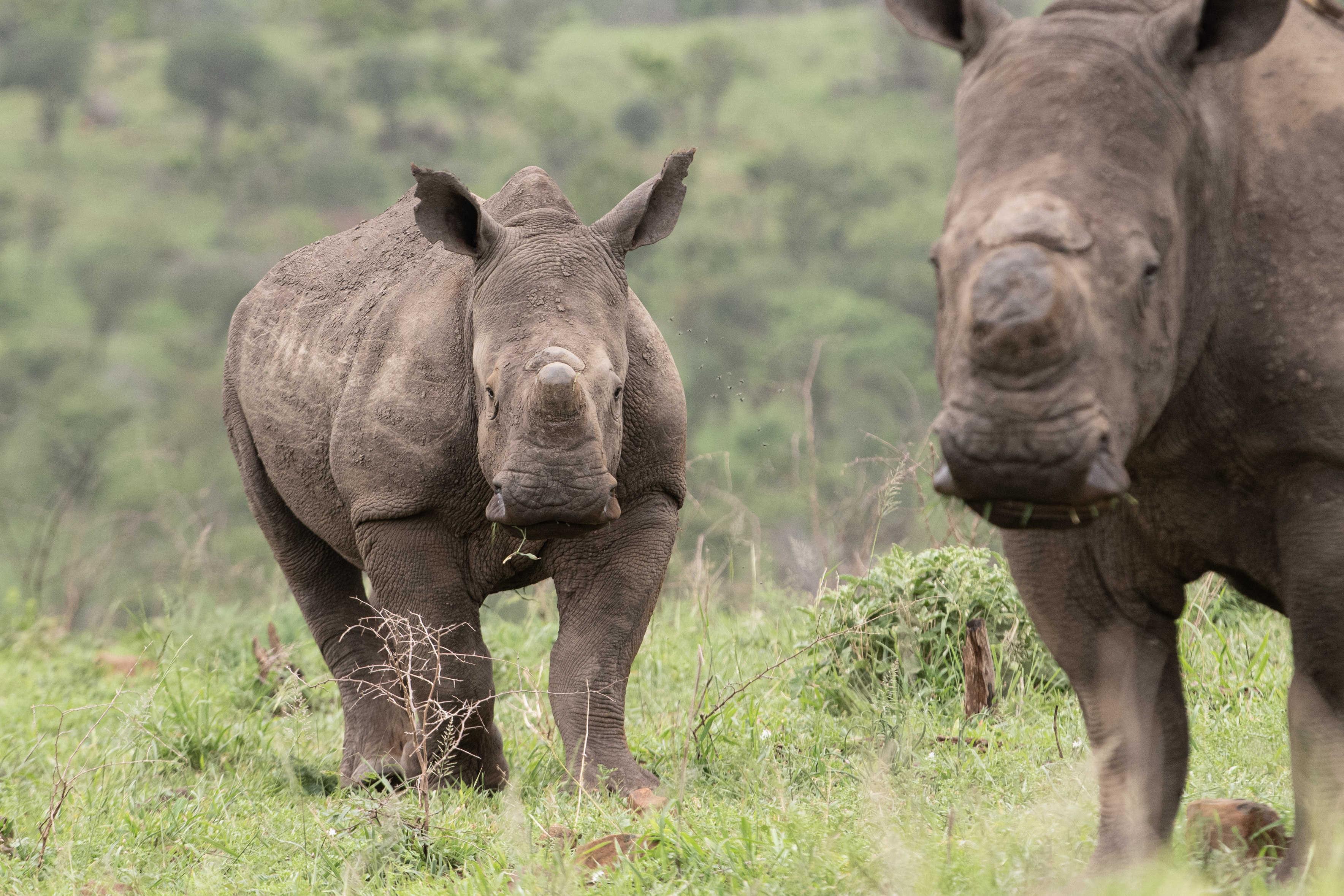 The magnitude of the effort cannot be understated, the shear determination and will of a few individuals shifting the trajectory of an entire species. Today there are 18000 Southern White Rhino on the continent and although still under constant threat from poaching the population is vastly more stable. On the other hand, teetering on the brink at less than 2500 surviving individuals in 1995, having never recovered from historical lows unlike its more gregarious cousin, the Black Rhinoceros (Diceros Bicornis) remains critically endangered. Enter Manyoni Game Reserve and The Black Rhino Range Expansion Project. The BRREP is a partnership between KZN Ezemvelo Wildlife and the World Wildlife Fund with the objective of expanding the range of the Black Rhino to stimulate population growth and provide new strongholds for the species across Southern Africa. 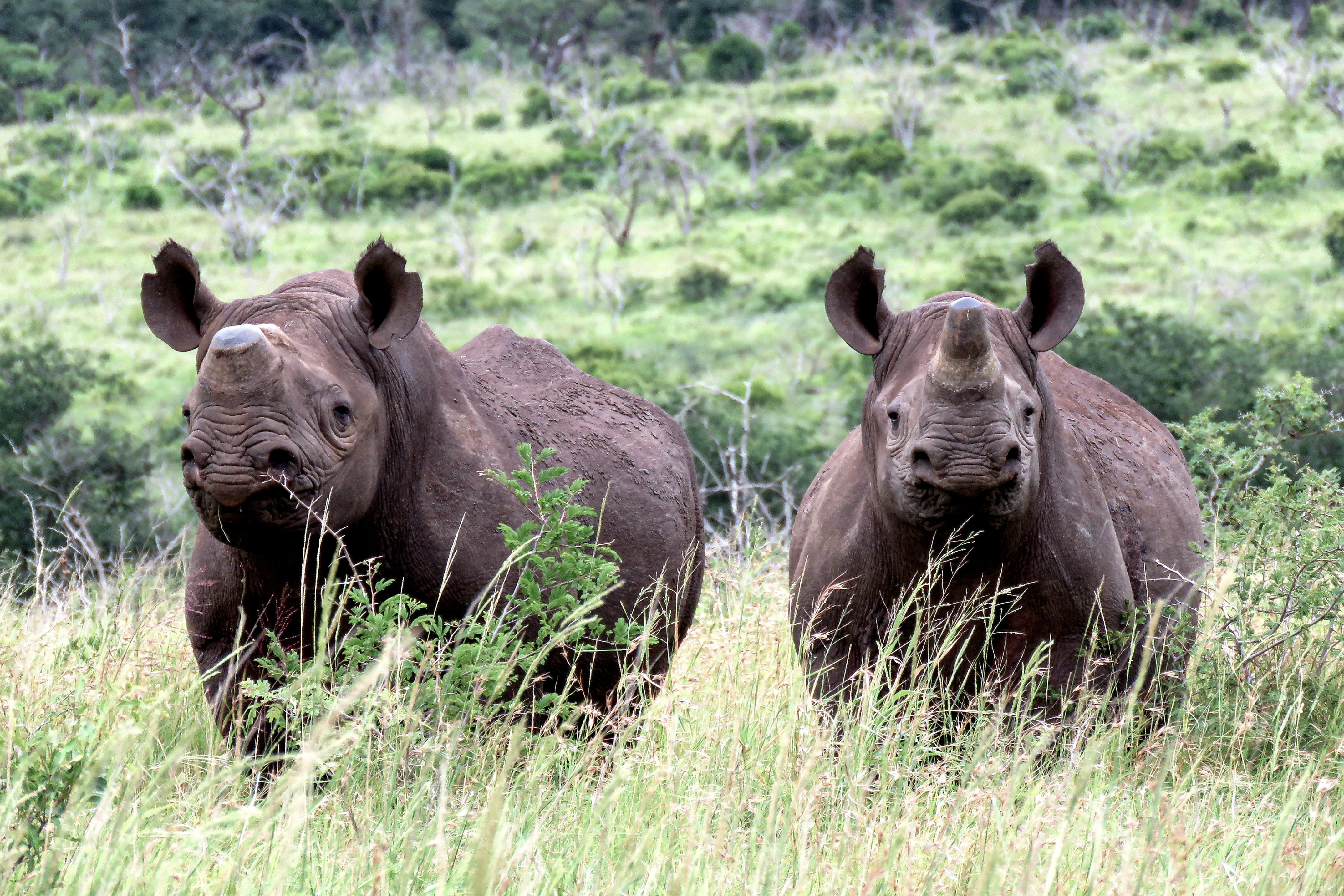 By translocating Black Rhino from National Parks which are under extreme pressure, being unable to provide adequate security for these animals, to various private and community owned reserves. The BRREP has achieved great success over the course of the last 15 years expanding the populations reach to a large number of privately owned protected areas. Previously known as the Zululand Rhino Reserve, Manyoni Private Game Reserve has positioned itself as a stronghold for Black Rhino. Being the 2nd Private Reserve to receive animals from BRREP in 1995 it has performed exceptionally well. The implementation of an invaluable dehorning program, constant intensive monitoring and a high level of security maintained by our committed anti-poaching unit has allowed our population to grow exponentially. This work has allowed Mavela Game Lodge to offer unrivalled viewing of Black Rhino. Guests frequently experience unique interactions as our guides are adept at locating these elusive creatures in the bush. Mavela also offers our guests the opportunity to actively participate in rhino conservation by joining the Manyoni team on a rhino dehorning. This once in a lifetime experience will provide a glimpse into the work done for our rhino by our team of conservationists.