Over those few days in October our guests, covered by the warmest of ponchos, witnessed a visible transformation as the rain descended around them. Be it clever planning or a stroke of luck the experience of being at Mavela during the first of the summer rains will be one that is remembered by all those who have been present.

One of the more notable occurrences during these early summer rains is the nuptial flight of termites, erupting from the earth the reproductive caste becomes vectors of reproduction and creation of new colonies. Male and Female, one may call them Prince and Princess, take flight and come together with some distance from their original home, taking advantage of the soft soil to immerse themselves in the earth to begin their own colony.

Individual termite colonies undertake this process of expansion only once annually and the opportunity for an easy meal is relished by a myriad of creatures which call Manyoni home. Black-backed and Side-striped Jackal, Slender Mongoose, various snakes, insectivorous birds and even Leopard have been documented making use of the valuable protein source provided by the life-cycle of the termites.

On one particular game drive we came across a rare and special sight. An Ornate Frog, assisted by the falling rain had emerged from within the earth after months of hibernation with an insatiable appetite, our guests were given the opportunity to see predation on a much smaller scale but I would be inclined to say no less special.

Not to be outdone by the resident frog species a small flock of African Quail finch caught our attention a short while later. Being notoriously difficult to photograph due to their behavioral traits the opportunity was not missed and the result was immaculate. Without the presence of flying ants it is highly unlikely we will spot the Quail finch out in the open again for some time. 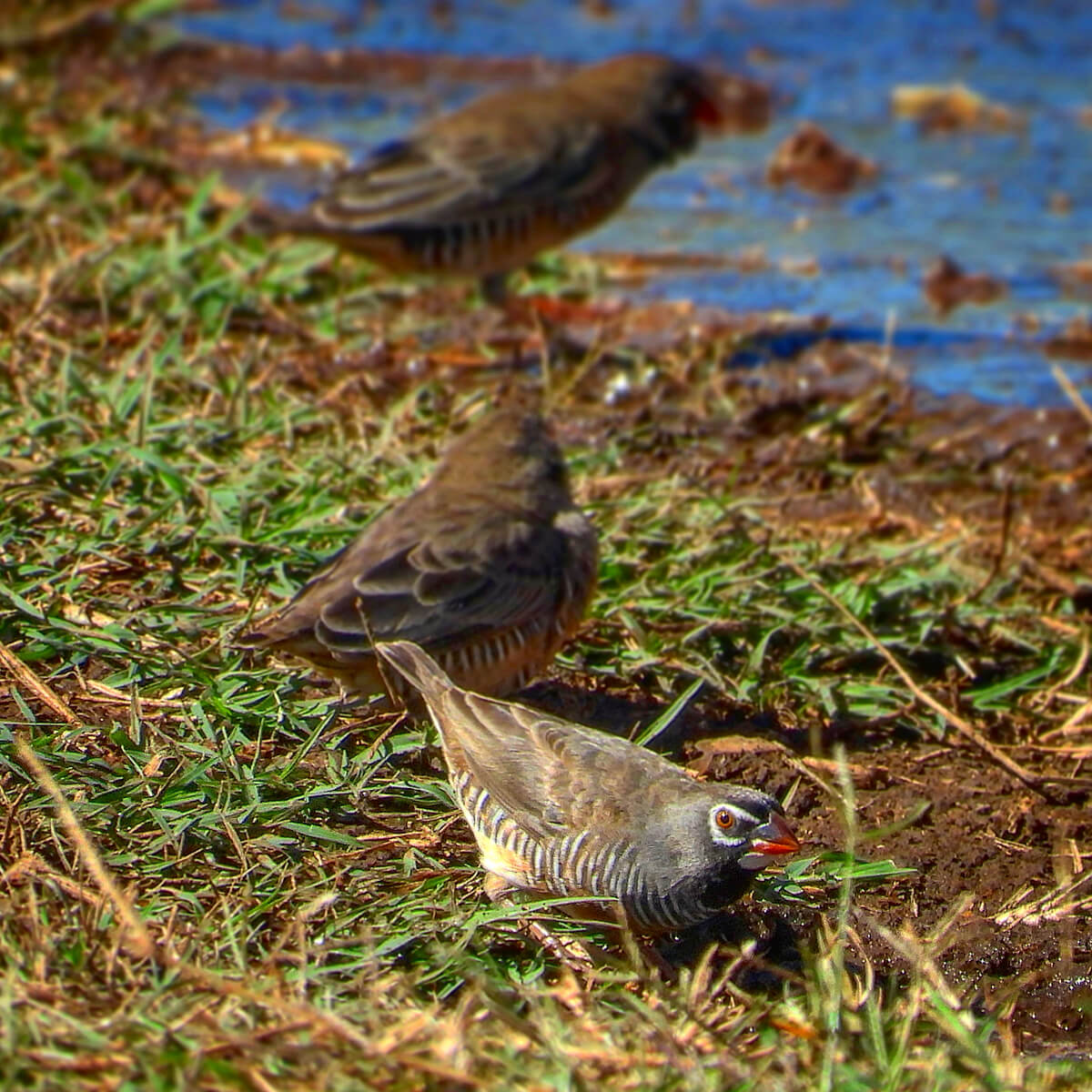 As the month reaches a mid-point we collectively hope that the rainfall continues, after a number of years of below average rainfall consistent wet weather is needed to raise the water table allowing water to flow thru the Reserve again. All signs predict a shift to a La Nina Southern Oscillation cycle bringing heavy rainfall to the region over the coming wet season.

We will be watching closely as the change of season takes hold and awaiting the events that these changes bring. In the next few weeks we will welcome a flood of newborn Impala and all of our summer migrant bird species will return to the region. Keep an eye out for upcoming blog posts and make sure to join us.