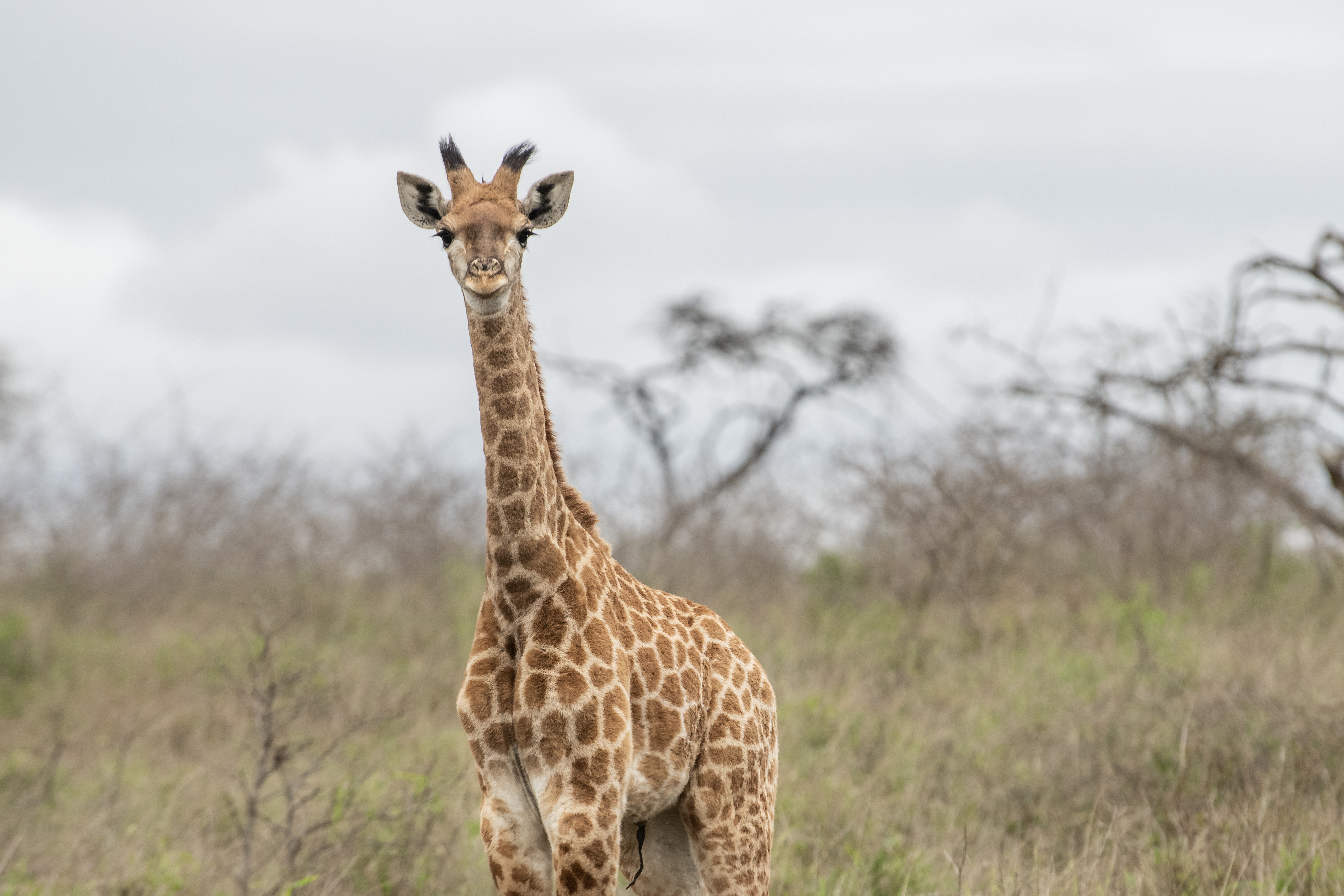 A baby giraffe gives us a curious look. If you look closely, you can see the umbilical cord is still attached to its underbelly. Photo: Dan Stevens 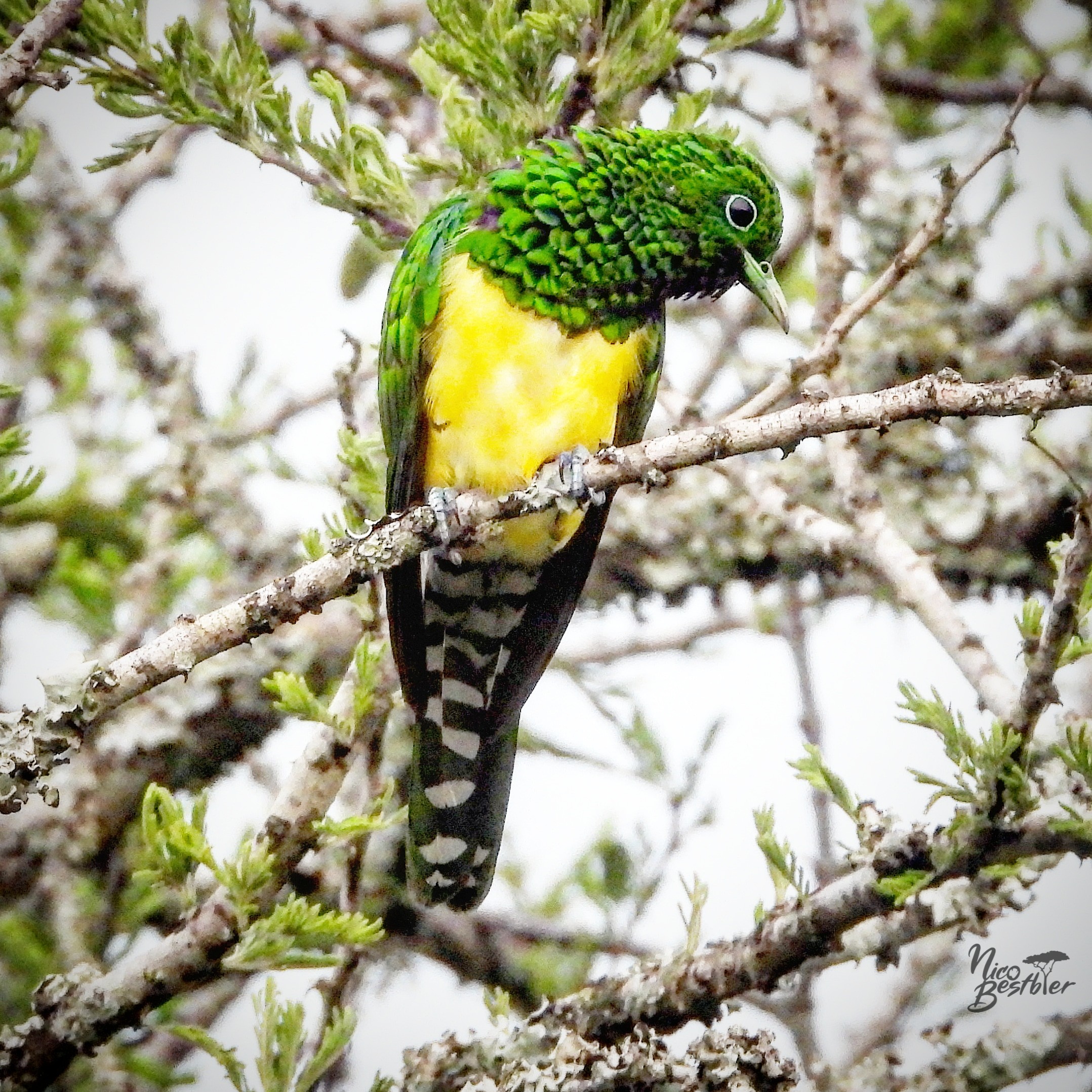 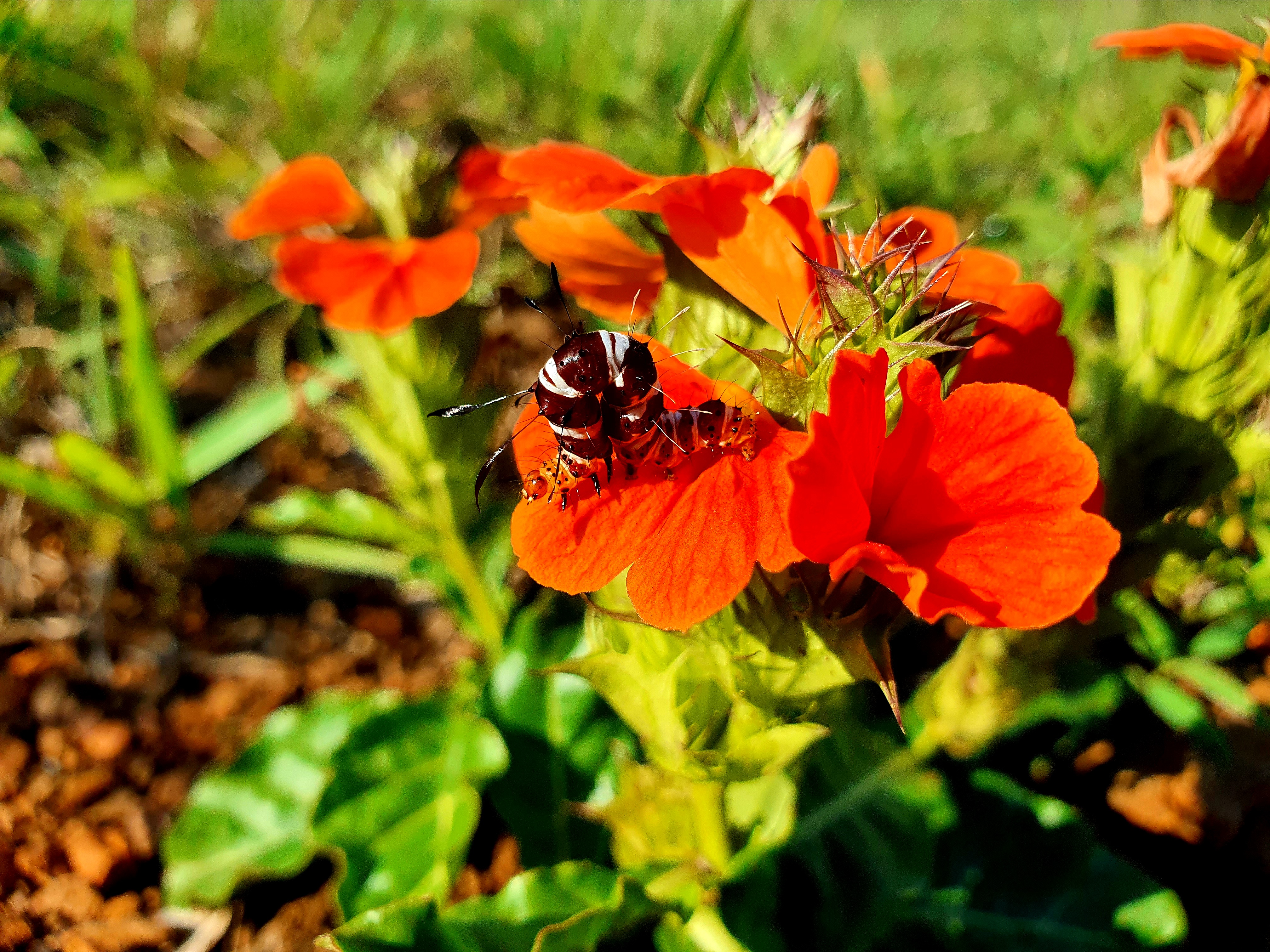 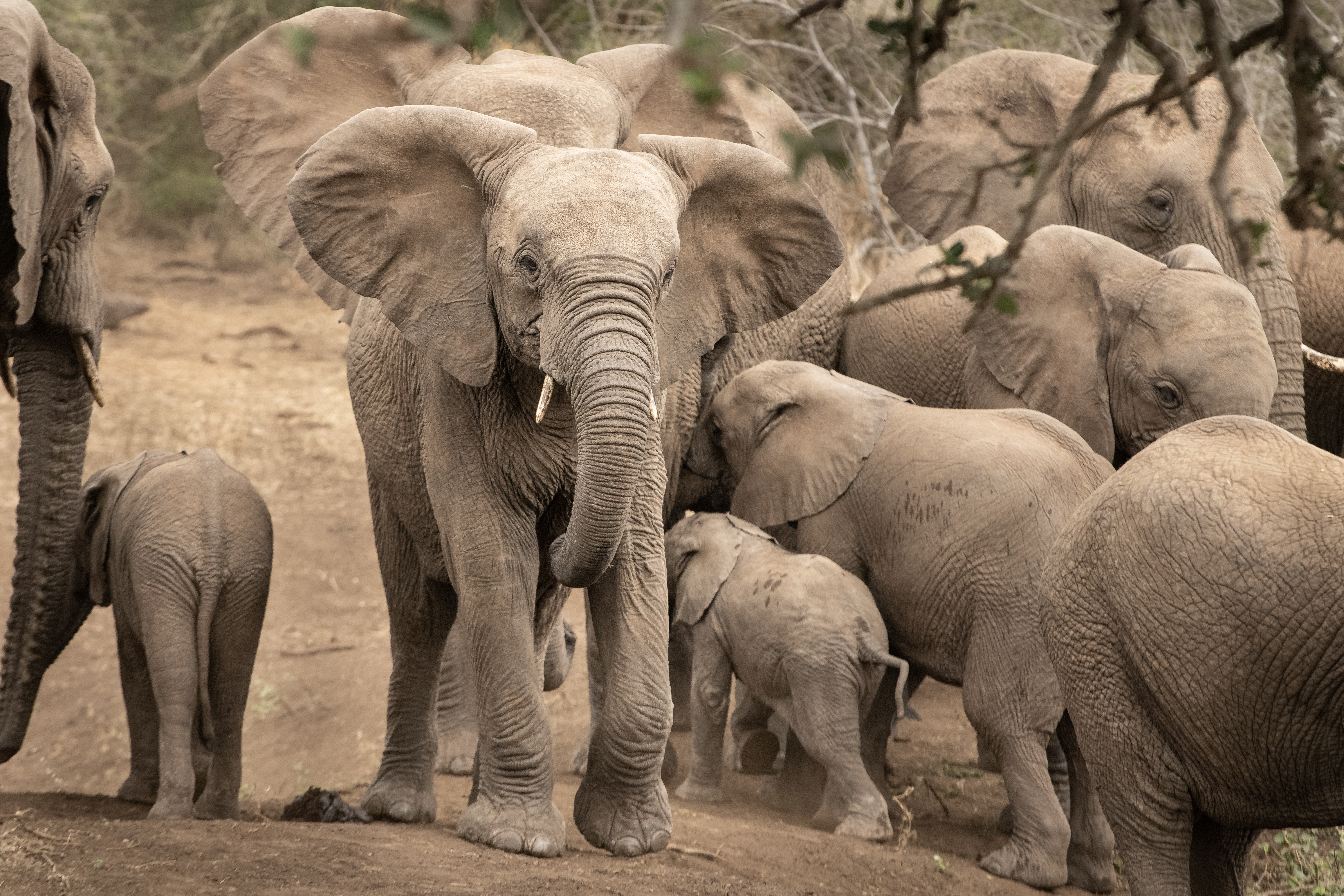 A protective older sibling exhibits a threat posture with the ears held out, most likely because of the young calf that is with the herd. Photo: Dan Stevens 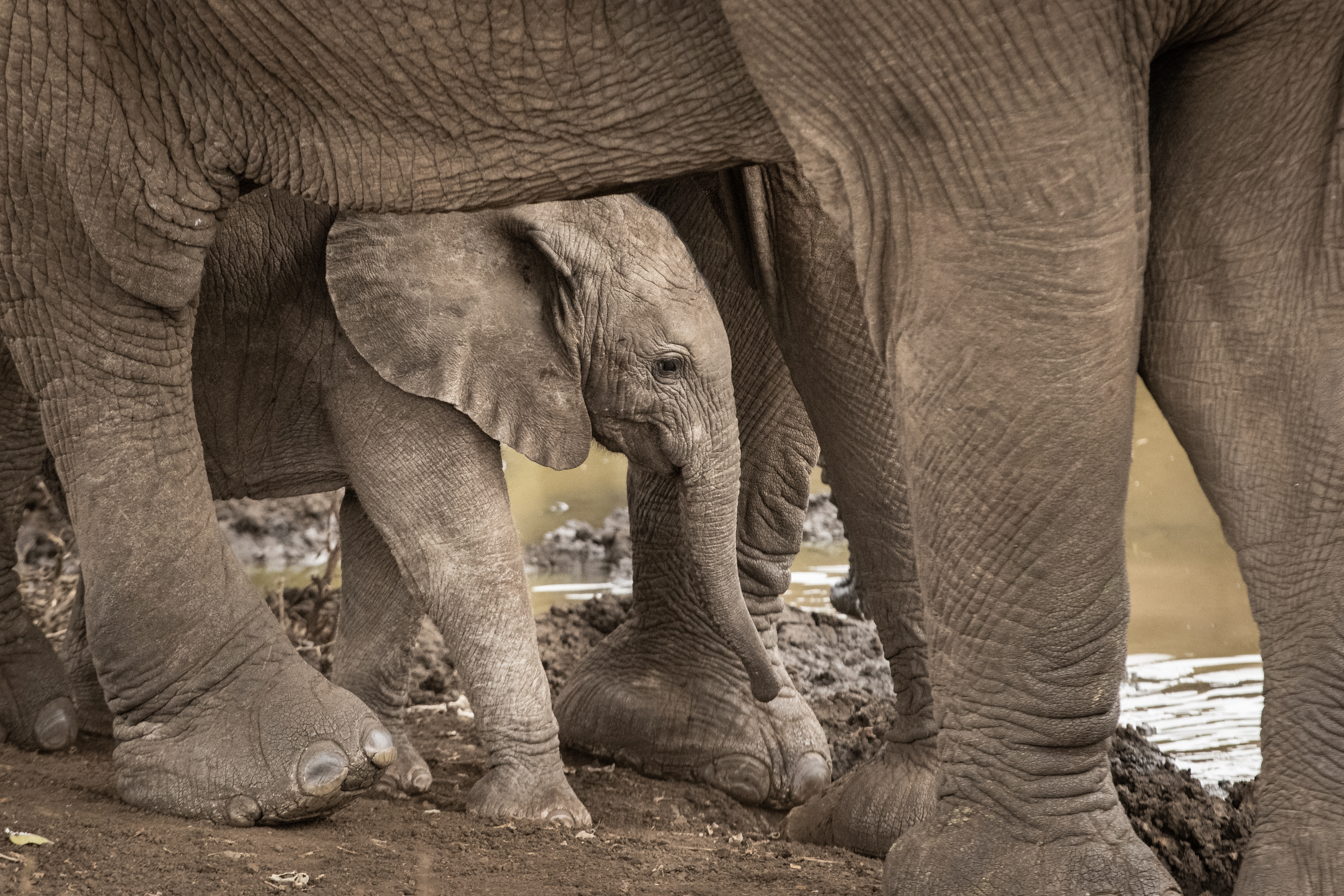 The baby elephant is protected so carefully by the herd. Notice how the baby stays tucked away between the legs of the large females. Photo: Dan Stevens 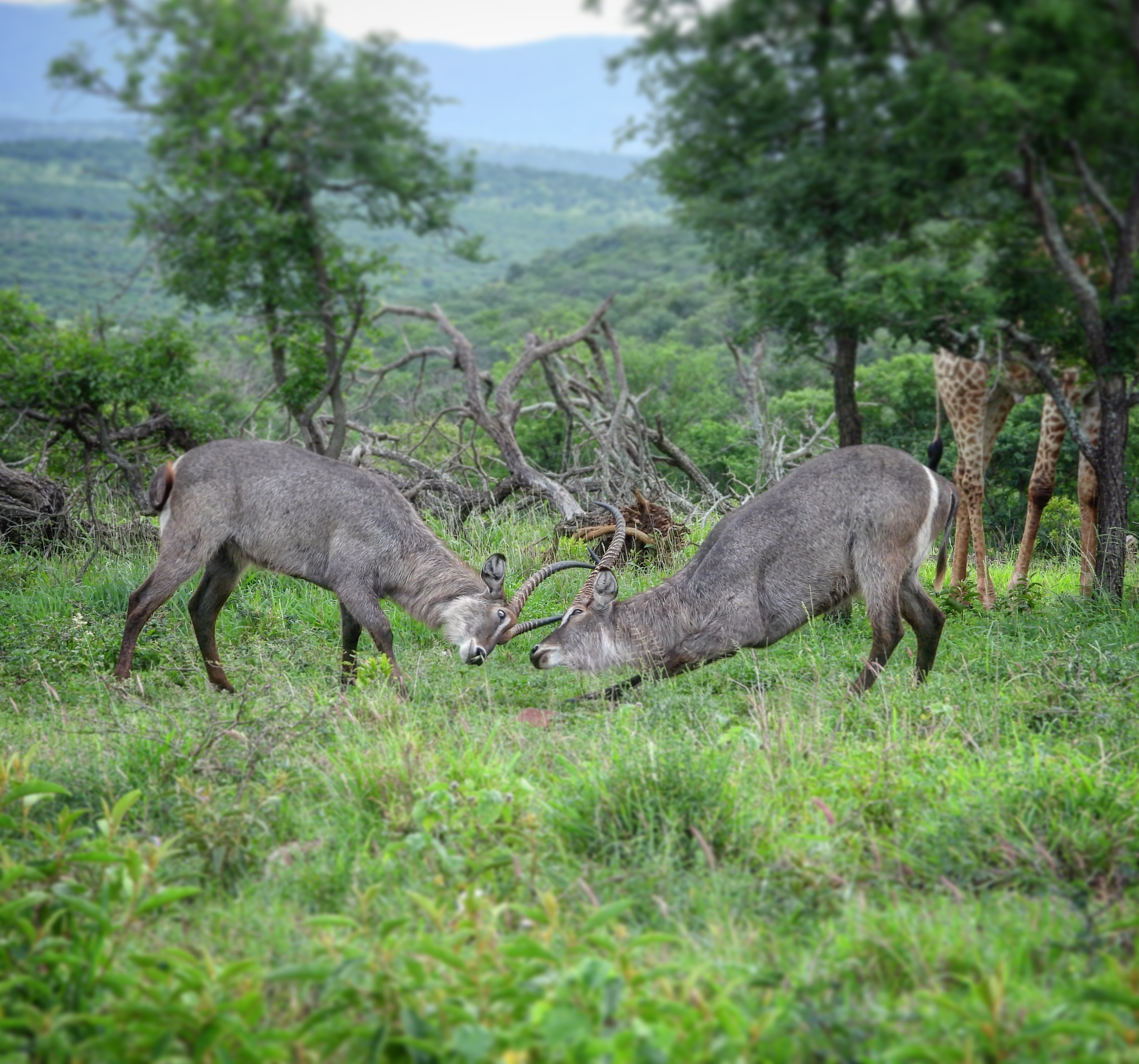 Male Waterbuck fighting. With long, sharp horns it's no wonder why fights between waterbuck result in more deaths than any other antelope. Photo: Nico Bestbier 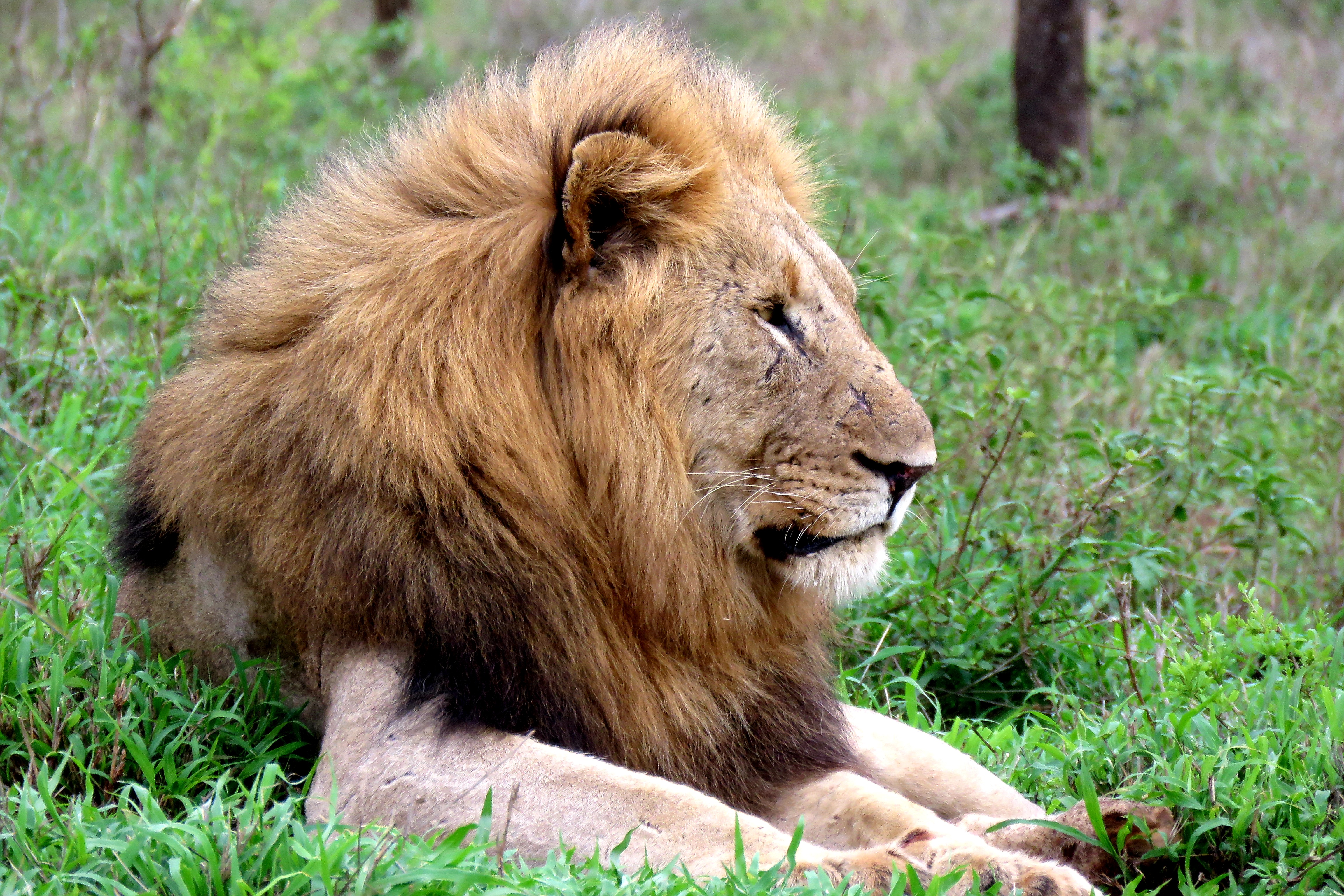 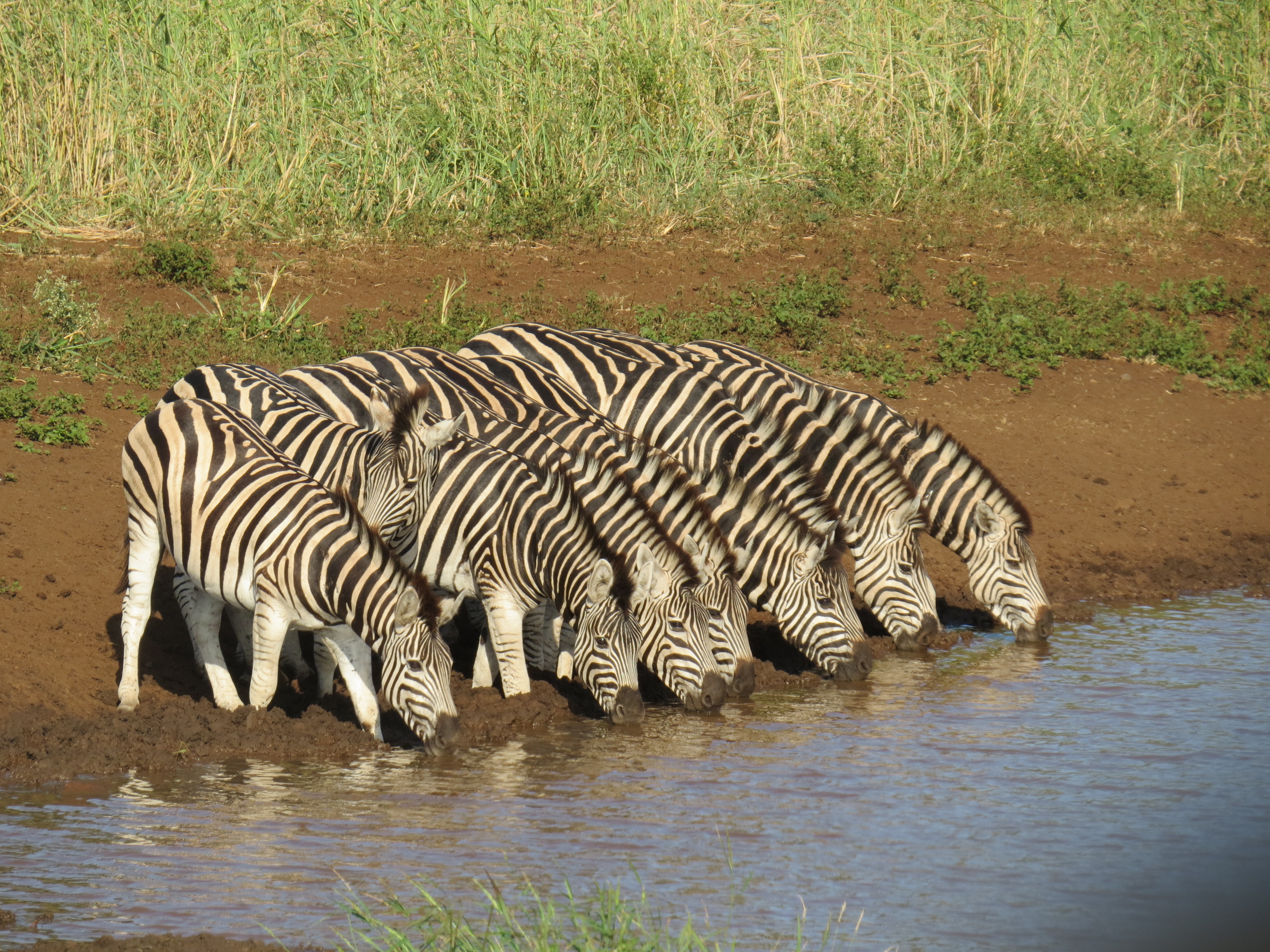 A herd of zebra quench their thirst at a waterhole. Photo: Nico Bestbier